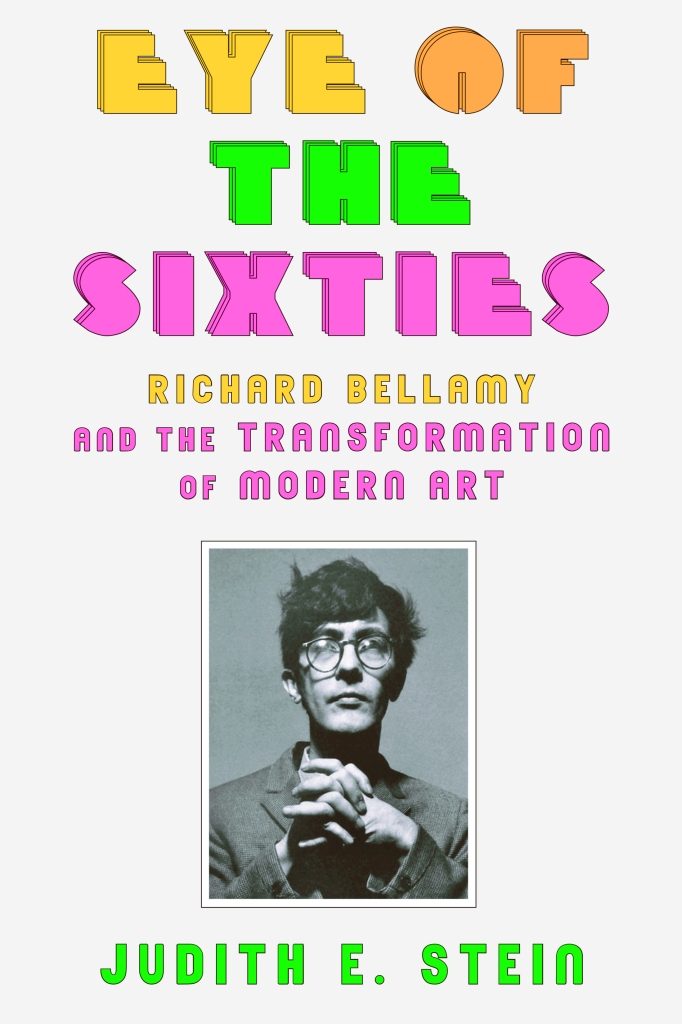 Art and money. Value and worth. How does art get from studio to museum? Journey back to the early sixties, to the beginning of the market for contemporary art, when the art dealer and tastemaker Dick Bellamy (1927-1998) made history but chose not to make money. At the fabled Green Gallery on Fifty-Seventh Street, Bellamy launched the careers of Pop, Op and conceptual artists, as well as mavericks and minimalists, artists such as Claes Oldenburg and James Rosenquist, Donald Judd and Dan Flavin, Mark di Suvero and Lucas Samaras, and Robert Morris and Larry Poons. The story of Dick Bellamy, a beatnik with a legendary eye, unfolds as postmodernism elbowed the past aside.

A Midwesterner whose mother was Chinese, Dick Bellamy opened the Green with the covert support of America’s first celebrity art collectors, Robert and Ethel Scull, two of Warhol’s earliest supporters. “There was nobody like Bellamy. I certainly consider myself his pupil,” art dealer Leo Castelli would later say. For decades after the Green, Bellamy preferred to be out of the limelight, becoming an éminence grise whose opinion mattered to savvy collectors, curators and fellow dealers.

Based on decades of research and on hundreds of interviews with Bellamy’s artists, friends, colleagues, and lovers, Judith E. Stein’s Eye of the Sixties recovers the lost history of the elusive art dealer.

July 2016 from Farrar Straus and Giroux

To read excerpts from the book, stories of the man, and find out about upcoming events, please visit eyeofthesixties.com

One thought on “Eye of the Sixties”